Posted on February 18, 2018 by lavina-jahorina.com 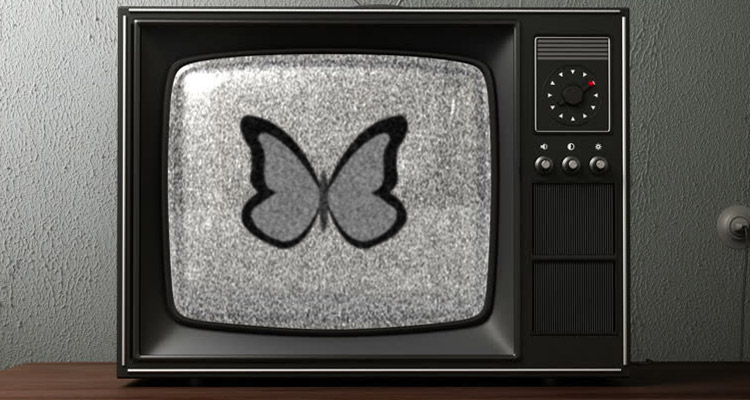 Morning all, it’s very quiet so a quick blog for you.

In recent times it feels the world has gone in strange directions that we didn’t think it would go in. It’s been a bit disconcerting at times, sort of like when you were watching an old TV and the reception was really bad. You kept watching, hoping it would get better, but the picture jumped, the white lines zigzagged across the screen and there was all kinds of noise and interference.

Eventually, your only possible course of action was to get up and give the TV a good thump on the side and BAM, it was back to normal. I realise that this is a metaphor that will make no sense to younger readers who have grown up with crystal clear HD but this is what life was like back then (don’t get me started on the gigantic music plates we had to carry around).

Last night, I think the world got a thump on the side and I’m banking on things getting better from here. ‘What was this thump?’, I hear you ask. Was it a fresh new face in politics who will bring us all together with his policies that workd for everyone and his charisma? Was it a scientific breakthrough that will benefit all of humanity? Was it the discovery of ancient tablets which explain how we came into being, why we’re here, and the very nature of our existence in this vast, endless universe that makes my head hurt when I think about it and especially when I watch this video which I do a few times a year?

I just watched it again: we are so tiny and there must be some cool space folk out there somewhere who hopefully don’t want to use us as batteries or eat us.

Anyway, it’s none of those things. It’s like that bit in Jurassic Park where Jeff Goldblum, who is in the nascent stages of his career development which sees him play slight variations of his actual self, talks about chaos theory. He cites ‘the butterfly effect’ where a butterfly flaps its wings in Peking and in Central Park you get rain instead of sunshine.

I mean, I get it, but that’s either a seriously magical butterfly or an omnipotent being having the crack and using its powers while disguised as a butterfly. Which would be a pretty crap disguise. If you were that powerful and could take the shape of any creature, you’d be unadventurous in the extreme if you basically chose to be a colourful moth. Personally, I would be that most fabled of things: the Basselope – a cross between a Basset Hound and an Antelope, but that’s just me.

The point he’s making though is that small things can reverberate and have a big effect, and that’s what happened last night: Francis Coquelin scored a goal. The Frenchman flicked home from a corner to equalise for Valencia in Malaga, a goal which had such a profound effect on this football match that his team went on to win 2-1.

The world has not seen a Coquelin goal November 2013 when he headed home from Freiburg, where he was on loan at the time. Arsenal fans never saw a Coquelin goal. He hit the post in the final weeks of his career with us, he thrashed a few wide, but goalscoring was not his thing.

Now, he has set the world back on track. The Coquelin Effect, as it will come to be known, will bring about an age of enlightenment, peace and prosperity like we’ve never seen before. We will think back to this day, when his noggin-bobbler – as the Arsenal Gent would call it – was the societal equivalent of giving the TV a good smack.

I for one am looking forward to a new world, a better world, a happier world, thank you Francis. Thank you.

A couple of things to leave you with. The Daily Mail – which I’m not linking to because it’s a poisonous shitrag – report that Josh Kroenke is to move to London for three months to get a full understanding of Arsenal and how it’s run etc and blah blah blah. I cannot state this with any certainty, as it just a rumour, but I heard that there could well be a shake-up at board level too this summer, and as such we might be looking for a new Chairman and, well, you can guess the rest.

I think we might need Coquelin to score a few more goals.

Finally, you’ll undoubtedly have read some of the tedious headlines about Hector Bellerin’s appearance at the Oxford Union. It’s typical of the current media landscape that the focus is on a 30 second snippet instead of what was a really impressive appearance by the young Spaniard.

He speaks really well about his career, mental health, racism, and lots more, and to me he comes across as a credit to himself and the football club. If you have time, I recommend watching it in full. Have a great Sunday folks.

This entry was posted in Sports and tagged Goldblum, Jeff, TV. Bookmark the permalink.